​​MAZEE BUFORD A JOHNSON’S BIO
Mr. Buford A Johnson was born in Longview Texas on August 30, 1927 to the parents Mr. Hickory Johnson and Mrs. Johnie E Henry. After finishing high school he moved to Vallejo, California where he found employment at the Mare Island Navy Shipyard. In 1945 Mr. Johnson was drafted into the military service and was trained at Sheppard Field Texas. In 1946 he was assigned to the Tuskegee Airmen group and went on to become a Crew Chief. He was assigned to the 477th Composite Group, 99th Fighter Squadron. Upon completion of aircraft maintenance training, he was assigned as crew chief of a P47N fighter aircraft. While serving as crew chief, he was selected to maintain his aircraft in the first Air Force Gunnery meet at Nellis AFB, Las Vegas, NV. As recalled by Mr. Johnson, “Our pilots competed with units flying conventional fighter aircrafts and was awarded first place as a result of their flying skills.”

He was among the first group of Tuskegee Airmen to integrate the Itazuke AFB, Fukuoka, Japan, where he became the first African American to be assigned as crew chief on the first jet fighter (P-80C) assigned to the squadron and also first in combat with jet aircraft of USAF. As he became more experienced, he was assigned as Flight Chief, Aircraft Technical Inspector, Maintenance Control Supervisor and Production Control Supervisor. Mr. Johnson Served 21 years in the Air force, was employed by Lockheed Aircraft Company for 7 years in Burbank, CA, completed Computer Engineering Course at Control Data in Los Angeles and was employed by UNISYS for 17 years. Mr. Johnson was currently the Vice-President of the Inland Empire Chapter of the Tuskegee Airmen, Inc., which is located in the Riverside, California area.

This Bio was prepared on March 11, 2006 for a speaking engagement at a high school, where Mazee Buford A Johnson was the main presenter of the unique history of the Tuskegee Airmen.

Yes, I Want to Make a Memorial Gift

Hicks grew up in segregated Atlanta and he said his military career was borne out of him happening to see an advertisement from the federal War Training Service at a post office in 1940. He responded to that ad, which was soliciting potential aircraft mechanics, and stepped down the road that a year later landed him at Alabama’s Tuskegee Institute, a school for African Americans where the nation’s first black fighter pilots trained for the then still-segregated Air Corps.
Hicks left the maintenance program to enter pilot training after the Pearl Harbor attack that provoked the U.S. into entering World War II. Although Hicks did not fly in combat — World War II was ending as he was finishing his training in 1945 — he ended up serving 28 years in the Air Force, retiring in 1969 while stationed at Vandenberg Air Force Base as a Chief Master Sergeant. After his military career, Hicks dove into education. He earned a bachelor’s degree from the University of Nebraska Omaha in 1969, and a master’s from Cal Poly in 1975. He would later earn a doctorate from Chapman University. Hicks went on to spend 13 years as a social studies teacher at Cabrillo High School, and was also an instructor at Hancock College and Chapman University. After his teaching career, Hicks still visited Lompoc civic and social groups to discuss his background, which included dealing with racism and segregation as a child and in the military and living through the Civil Rights Movement of the 1950s and 60s. To some in Lompoc, he was considered a living history book.   Throughout Hicks' life, he also advocated for human rights and worked to inspire change wherever he could. 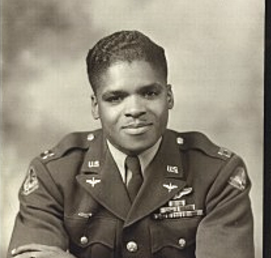 Captain Luther H. Smith, a decorated Tuskegee Airmen pilot flew 133 combat missions over Europe. Along with 275 other African American pilots, Smith completed nine months of aviator training in May 1943 and was commissioned at Tuskegee Airfield in Alabama. During the war, he escorted B-24 Liberators and B-17 Flying Fortresses over Yugoslavia, Hungary, Austria, Czechoslovakia, Poland and southwest Germany. Smith was credited with destroying two German aircraft in aerial combat and 10 German aircraft on the ground in strafing attacks. He suffered permanent injuries on his final mission, when he parachuted from his burning P-51 Mustang fighter over Hungary on Oct. 13, 1944. After his honorable discharge, he returned to the University of Iowa, earning an engineering degree was subsequently hired by General Electric, where he spent 37 years working as an aerospace engineer. Capt. Smith joined the Lonely Eagles in 2009.

Capt Luther Smith Passed Away at the Age of 89

His accomplishments were many, both in the military and in the world of education, where Johnson was a part of the initial faculty to staff the first high school for African-American students in Sussex County – William C. Jason High School – and later became the first black educator at Wilmington's Warner Junior High School. He worked there and eventually served as chairman of the science department until his retirement in 1981. (Excerpt taken from www.Delewareonline.com) Johnson and family asks that in lieu of flowers, memorial donations be made to Tuskegee Airmen Scholarship Foundation. 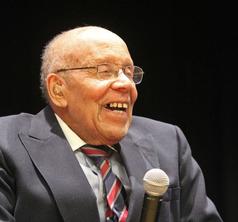 Dr. James Robert Williams Sr., an accomplished physician and Tuskegee Airman, died on Saturday, Sept. 9, 2017, at Bryn Mawr Extended Care. He was 93. Williams was known by his friends as “Bob.” He lived a long and fulfilling life, with an extensive medical and military career. He was born on April 21, 1924 to the late James and Willie Mae Banks in Bryn Mawr. He attended Lower Merion Senior High School in Ardmore and graduated from Muhlenberg College in 1951 with a Bachelor of Science. Williams then attended Meharry Medical College where he earned his medical doctorate in 1955. He did his physician internship at Frankfort Hospital from 1955 to 1956 and was a surgical resident at Mercy-Douglas Hospital and Coatesville General Hospital in Coatesville from 1956 to 1957. Following this, he became a resident in Pathology at Hines Veteran’s Administration Hospital in Hines, Ill., from 1959 to 1963. In 1964, Williams returned, with his family, to Bryn Mawr and became the director of Pathology at Mercy-Douglas Hospital. He worked in similar administrative positions at John F. Kennedy Memorial Hospital and the Veteran’s Administration Hospital before becoming the director of Laboratories at John F. Kennedy Memorial Hospital in 1976 where he stayed until his resignation in 1991. Williams was a member of the American Medical Association and served as vice-president and then president of the Medical-Dental staff from 1979 to 1986 at John F. Kennedy Memorial Hospital. Williams served in the military from 1943 to 1973. His service is historic as he was a part of the pioneering Tuskegee Airmen, earning his navigator, bombardier and twin-engine bomber pilot wings in 1945. He ranked as a first lieutenant at his discharge in 1946 and from 1967 to 1973 he served as a lieutenant colonel in the Air Force Reserve. 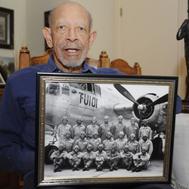