Franklin D. Roosevelt ordered the Army Air Corps to form an all African American flying unit in 1940. The Air Corps opened a new training base at Tuskegee Institute in central Alabama in order to train the African American pilots needed for the new squadron. As a result the 99th Pursuit Squadron was created.

On March 7, 1942 the first contingent of young black pilots were inducted into the US Army Air Corps on Tuskegee’s airstrip.  Eight days later the 100th Fighter Squadron was established as a part of the 332nd Fighter Group.

Designated the 99th the Fighter Squadron arrived in Africa May 31, 1943, and attached to the 332nd Fighter Group flying P-40s.  The first mission was flown three (3) days later by Lt. William A. Campbell, Charles B. Hall, Clarence C. Jamison and James R. Wiley.

On July 4, 1944, the 99th was joined with three (3) other Squadrons: the 100th, 301st and the 302nd to form the 332nd Fighter Group of the 15th Air Force.  These were all African American squadrons, all trained at Tuskegee.  The group transitioned to Mustangs decorating them with bright red spinners and tails, thus earning them their nickname “Redtails.”

On March 24, 1945, Col. Davis led the Group on the longest escort mission ever flown by the fifteenth Air Force, a 1600-mile round to the Daimler-Benz tank works in Berlin.  On this mission, Roscoe C. Brown, Jr., Charles Brantly and Earl Lane each shot down a German ME-262 jet fighter aircraft. As a result of this mission a Distinguished Unit Citation for their achievements was issued that day.

The Tuskegee Airmen went on to serve the Army Air Corps in a courageous and disciplined manner, earning them a unique and well-deserving place in United States history.

The Combat Record of the Tuskegee Airmen

•  111 German airplanes destroyed in the air

•  150 German aircraft destroyed on the ground 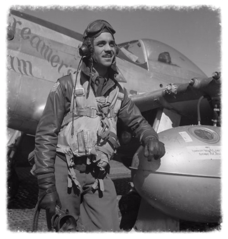 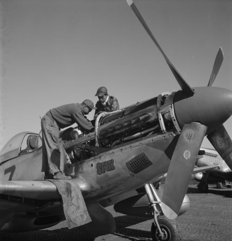 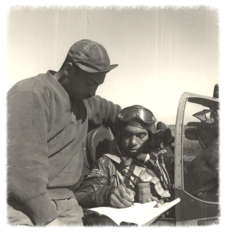 Support the legacy, support a student 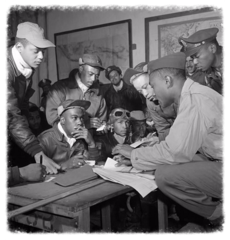 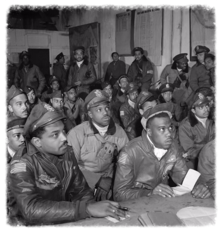 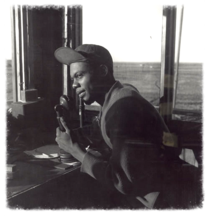