Perpetually named scholarships are created in honor of Tuskegee Airman, and others.

We are pleased to have honored Brig Gen Charles McGee with a scholarship in his name for the past three years. In the 2022-2023 academic year, TASF is positioned to offer a $10,000 scholarship in the name of McGee, thanks to a generous gift from the Jonathan Club.

Brigadier General Charles Edward McGee (born December 7, 1919) is a retired American fighter pilot and one of the last living members of the Tuskegee Airmen, an all African-American military pilot group who fought during World War II (as part of the 332d Fighter Group). He was a career officer in the United States Air Force for more than 30 years and flew a three-war total of 409 combat missions in WWII, the Korean War, and the Vietnam War, one of the highest combat totals and longest active-duty careers by any Air Force fighter pilot in history.

For his service, he received the Distinguished Flying Cross and Bronze Star Medal, among numerous other military honors. In 2007, as a member of the Tuskegee Airmen, McGee received the Congressional Gold Medal. In 2011, he was inducted into the National Aviation Hall of Fame and on February 4, 2020, was promoted from colonel to brigadier general. 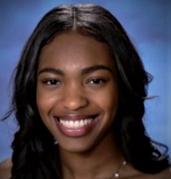 Scholarship applications for the 2022 academic cycle can be viewed HERE.​